It’s an unusual combination, but you can now drink chocolate beer on the Caribbean island of St Lucia. Called ‘Nick Troubetzkoy’s Imperial Chocolate Stout,’ the new beer was produced by the island’s own Antillia Brewing Company. It’s made using fresh-roasted organic cocoa nibs from Jade Mountain and Anse Chastanet resorts’ estates, which are located on the south-western Caribbean coastline and are home to more than 2000 cocoa trees. 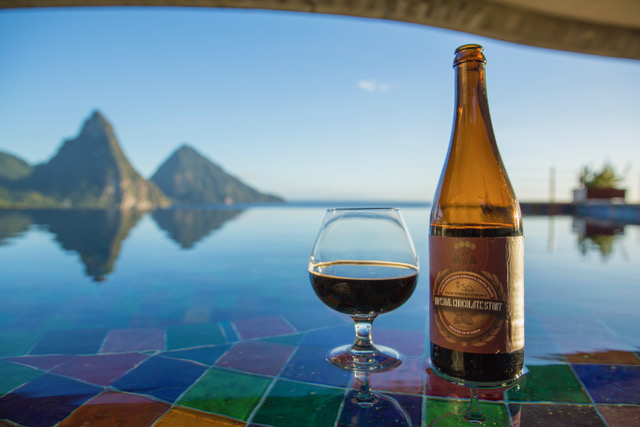 The dark beer is named after the resorts’ Russian–Canadian architect and owner, and it has an alcoholic volume of 8%. It’s described as “deep, aromatic, balanced and flavourful in the time-honoured tradition of Russian imperial stouts.” “It has proven to be a wonderful collaboration, resulting in yet another distinctive and unique offering for our guests who appreciate the goodness of stout and the sweet, global history of chocolate,” said Karolin Troubetzkoy, executive director of the resorts.